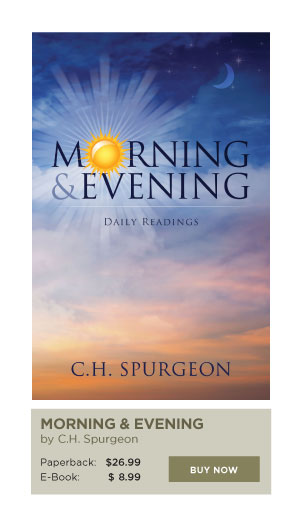 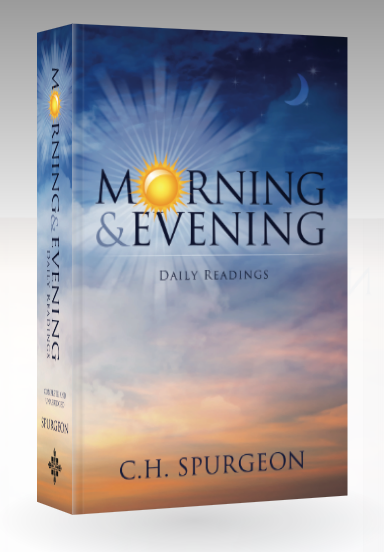 Clearly organized, this powerful daily devotional has a morning and evening lesson for each day of the year. Spurgeon conveys the wisdom of Scripture with clarity, purpose and grace. These relevant, daily messages have provided countless men and women with the nourishment they need to tackle each day. As you read these passages as part of your daily worship, your relationship with God will be deepened and strengthened. Spurgeon’s words will inspire you to go forward and fulfill God’s purposes in your life.

CHARLES HADDON SPURGEON (19 June 1834 – 31 January 1892) remains highly influential among Christians of various denominations, among whom he is known as the “Prince of Preachers.” It is estimated that in his lifetime, Spurgeon preached to around 10,000,000 people. Spurgeon was the pastor of the congregation of the New Park Street Chapel (later the Metropolitan Tabernacle) in London for 38 years. He was a prolific author of many types of works including sermons, an autobiography, commentaries, books on prayer, devotionals, magazines, poetry, hymns and more. Many sermons were transcribed as he spoke and were translated into many languages during his lifetime. Spurgeon produced powerful sermons of penetrating thought and precise exposition. His oratory skills held his listeners spellbound in the Metropolitan Tabernacle and many Christians have discovered Spurgeon’s messages to be among the best in Christian literature. He suffered ill health toward the end of his life, afflicted by a combination of rheumatism, gout and Bright’s disease and often recuperated at Menton, near Nice, France, where he died on 31 January 1892.
Paperback: 768 pages
Publisher: Letcetera Publishing (January 8, 2015)
Language: English
Paperback ISBN-13: 978-1942796121
e-Book ISBN-13: 978-1942796251
Product Dimensions: 5.5 x 1.7 x 8.5 inches
Paperback: $26.99
E-Book: $8.99 PAPERBACK KINDLE I-TUNES NOOK GOOGLE PLAY