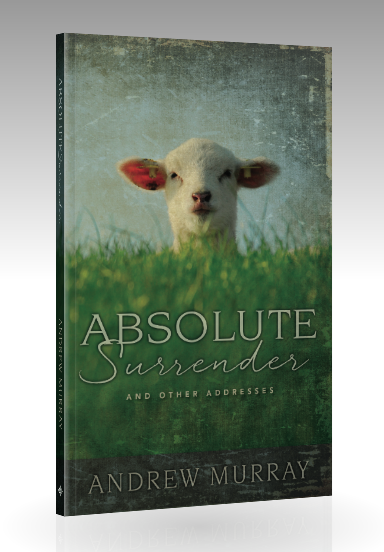 This collection of sermons, from a 19th-century preacher and missionary to South Africa, will inspire you to fully surrender your life to God. Anyone not experiencing complete freedom in Christ will profit from reading this book.

• Absolute Surrender
• The Fruit Of The Spirit Is Love
• Peter’s Repentance
• Impossible With Man, Possible With God
• Kept By The Power Of God
… and more.

Millions have discovered Andrew Murray as man of great insight who challenges contemporary readers to trust the God of the universe with their lives. You will be encouraged and inspired.

ANDREW MURRAY (9 May 1828 – 18 January 1917) was a South African writer, teacher, and Christian pastor. Murray considered missions to be “the chief end of the church.” He was the second child of Andrew Murray Sr. (1794–1866), a Dutch Reformed Church missionary sent from Scotland to South Africa. Andrew was sent to Aberdeen in Scotland for his initial education and remained there until he obtained his master’s degree in 1845. From there, he went to the University of Utrecht where he studied theology. Murray married Emma Rutherford in Cape Town, South Africa, on 2 July 1856. They had eight children (four boys and four girls). Andrew pastored churches in Bloemfontein, Worcester, Cape Town and Wellington, all in South Africa. He was a champion of the South African Revival of 1860 and died on 18 January 1917, four months before his 89th birthday. Paperback: 132 pages
Publisher: Letcetera Publishing (January 8, 2015)
Language: English
Paperback ISBN-13: 978-1942796138
e-Book ISBN-13: 978-1942796275
Product Dimensions: 5.2 x 0.3 x 8 inches
Paperback: $10.99
E-Book: $3.99 PAPERBACK I-TUNES NOOK GOOGLE PLAY