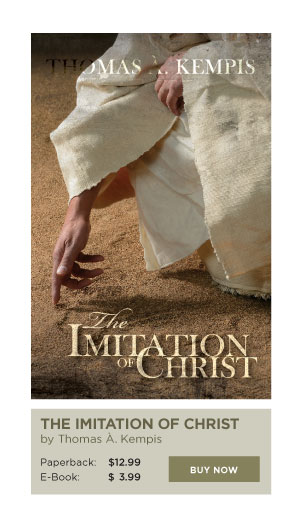 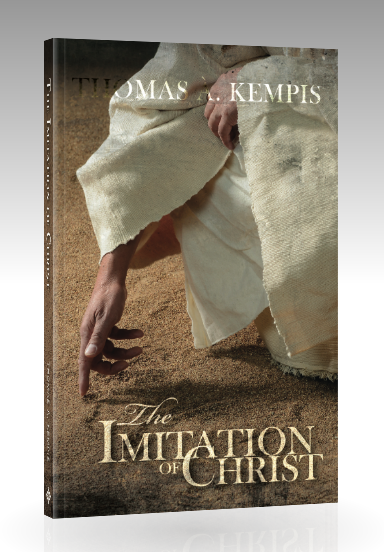 A CLASSIC OF CHRISTIAN DEVOTION

The Imitation is perhaps the most widely read devotional work next to the Bible, and is regarded as a devotional and religious classic. Its popularity was immediate, and it was printed 745 times before 1650. Apart from the Bible, no book has been translated into more languages than The Imitation of Christ. The text is divided into four books, which provide detailed spiritual instructions: “Thoughts Helpful in the Life of the Soul,” “The Interior Life,” “Internal Consolation” and “An Invitation to Holy Communion.” Thomas More said it was one of the three books everybody ought to own.

THOMAS À. KEMPIS (c. 1380 – 25 July 1471) was born at the Lower Rhine town of Kempen, Germany, in the sovereign Prince-Archbishopric of Cologne. His father John was a blacksmith and his mother Gertrude was a schoolmistress. In 1392, while attending a noted Latin school, Thomas encountered the Brethren of the Common Life, followers of Gerard Groote’s Modern Devotion. He became a prolific copyist and writer. Thomas spent his time between devotional exercises, composition, and copying. He copied the Bible no fewer than four times, one of the copies being preserved at Darmstadt, Germany in five volumes. In its teachings he was widely read and his works abound in Biblical quotations, especially from the New Testament. Paperback: 206 pages
Publisher: Letcetera Publishing (January 3, 2015)
Language: English
Paperback ISBN-13: 978-1942796077
e-Book ISBN-13: 978-1942796244
Product Dimensions: 5.2 x 0.5 x 8 inches
Paperback: $12.99
E-Book: $3.99 PAPERBACK KINDLE I-TUNES NOOK GOOGLE PLAY