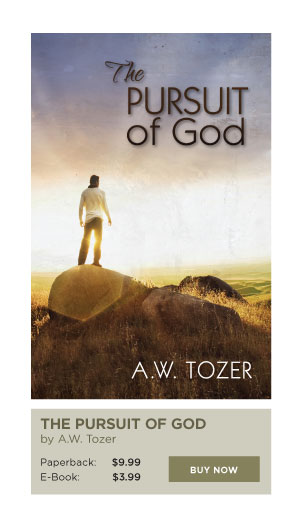 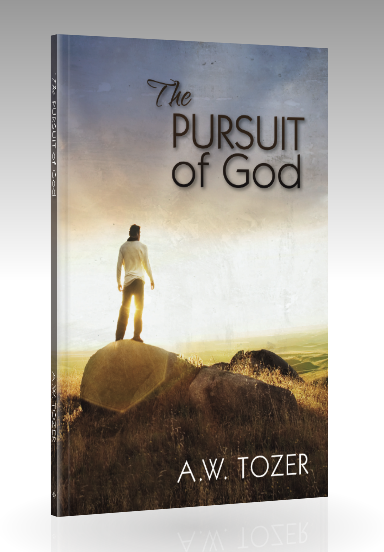 “In this hour of all-but-universal darkness one cheering gleam appears: within the fold of conservative Christianity there are to be found increasing numbers of persons whose religious lives are marked by a growing hunger after God Himself. They are eager for spiritual realities and will not be put off with words, nor will they be content with correct “interpretations” of truth. They are athirst for God, and they will not be satisfied till they have drunk deep at the Fountain of Living Water.” —A.W. Tozer

“Tozer’s first book on the spiritual life and is now considered, without question, one of the greatest Christian literary works of the twentieth century. Tozer’s keen insights about God did not ultimately come from his formal education, family or friends but from a lifetime of intensely seeking the face of God through prayer and the Word of God.” —Rev. Bruce D.M. Smith

AIDEN WILSON TOZER (April 21, 1897 – May 12, 1963) was an American Christian pastor, preacher, author, magazine editor, and spiritual mentor. For his work, he received two honorary doctorate degrees. Hailing from a tiny farming community in western La Jose, Pennsylvania, his conversion was as a teenager in Akron, Ohio. While on his way home from work at a tire company, he overheard a street preacher say: “If you don’t know how to be saved … just call on God, saying, ‘Lord, be merciful to me a sinner.'” Upon returning home, he climbed into the attic and heeded the preacher’s advice. In 1919, five years after his conversion, and without formal theological training, Tozer accepted an offer to pastor his first church. This began 44 years of ministry. Among the more than 9 books that he authored, at least two are regarded as Christian classics: The Pursuit of God and The Knowledge of the Holy. His books impress on the reader the possibility and necessity for a deeper relationship with God. Paperback: 114 pages
Publisher: Letcetera Publishing (January 1, 2015)
Language: English
Paperback ISBN-13: 978-1942796008
e-Book ISBN-13: 978-1942796015
Product Dimensions: 5.2 x 0.3 x 8 inches
Paperback: $9.99
E-Book: $3.99 PAPERBACK I-TUNES NOOK GOOGLE PLAY